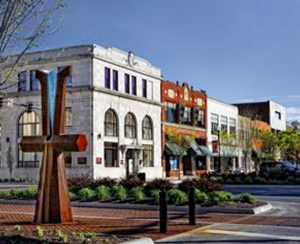 When you think of picturesque Appalachian mountain towns, odds are good Kingsport, TN is probably not one of the names that immediately come to mind. However, this small historically industrial city nestled squarely in the larger Johnson City / Bristol MSA is indeed a picturesque mountain community, filled with parks, amazing outdoor spaces, culinary delights, ample recreation and rich history dating back to the early 19th century.

Kingsport was developed after the Revolutionary War, at the confluence of the North and South Forks of the Holston River. In 1787 it was known as “Salt Lick”, for an ancient mineral lick. It was first settled along the banks of the South Fork, about a mile from the confluence. The Long Island of the Holston River is near the confluence, which is mostly within the present-day corporate boundaries of Kingsport. The island was an important site for the Cherokee, colonial pioneers and early settlers, and specifically mentioned in the 1770 Treaty of Lochaber.

Early settlements at the site were used as a staging ground for other pioneers who were traveling overland on the Wilderness Road leading to Kentucky through the Cumberland Gap. First chartered in 1822, Kingsport became an important shipping port on the Holston River. Goods originating for many miles around from the surrounding countryside were loaded onto barges for the journey downriver to the Tennessee River at Knoxville.

Every small town needs a haunted mansion and Kingsport is no different with stately Rotherwood looming omnipresently from atop a hill overlooking the Holston River. In the early part of the 19th century, Frederick Ross established his home along the Holston River, in what’s now Hawkins County, Tennessee. Unlike most of the other settlers in the region, though, his home was a mansion, surrounded by fields and worked by slaves. Named from the novel “Ivanhoe,” Rotherwood still exists as a historic building in Kingsport, Tennessee. 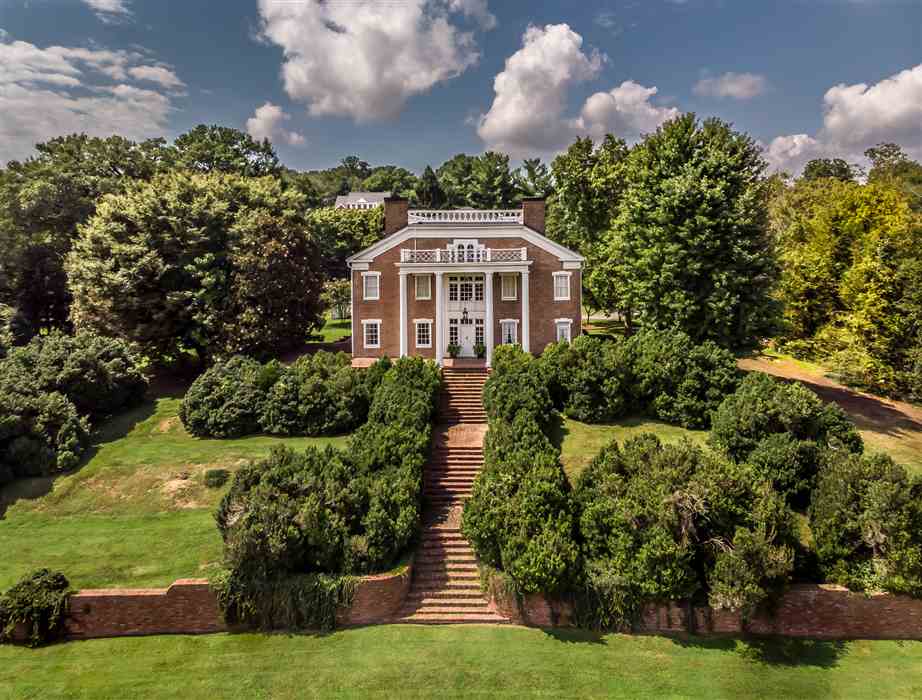 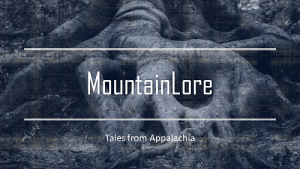 If you are interested in learning more about this beautiful historic home’s history and alleged hauntings, the folks over at Mountain Lore have put together an excellent and in-depth podcast that covers much of the home’s storied history as well as the details of Rowena Ross’s death and other tragic figures and happenings that once roamed the historic Rotherwood grounds. 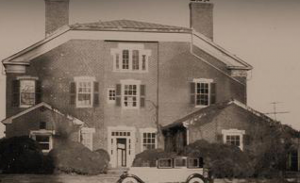 Most famously, the purported melancholy ghost is known as the Lady in White. According to legend, she’s the spirit of Rowena Ross Temple, daughter of the owner of Rotherwood. Rowena’s first love supposedly drowned in the Holston shortly before their wedding; she married twice more, but then committed suicide by drowning in the same river that claimed her first fiancé. Her wedding-gown-clad ghost is said to roam the house and riverbanks, looking for her lost love, according to “Strange Tales of the Dark and Bloody Ground: Authentic Accounts of Restless Spirits, Haunted Honky-Tonks and Eerie Events in Tennessee”

Far more frightening is the ghost of Joshua Phipps, a slaveholder who ran the estate in the 1840s. Phipps was a sadistic master, the story goes, much hated by both his slaves and nearby townspeople. In 1861, Phipps fell ill. The ghost stories say he died not of his sickness, but of suffocation when a great black cloud of flies landed in his room, covering his face. At the funeral, a team of horses strained to carry the coffin up a hill, but the cart wouldn’t budge — until thunder cracked and a huge black dog suddenly burst out of the casket and ran away. This black hound is said to still roam the mansion grounds.

Though these legends seem unusually detailed, they’re likely more folklore than fact. The first records of the ghost stories don’t appear until the 1940s. If you are interested in learning more facts about historic Rotherwood and the effort it has taken to restore this architectural landmark, you may enjoy this fascinating interview with the current owner and caretaker Lenita Thibault.

History aside, Kingsport is also a modern community actively working to modernize and rejuvenate building its new economy around business, industry, and tourism. A bit quieter than some of its nearby competition in Bristol and Johnson City, Kingsport offers a quiet respite rife with parks, restaurants and public spaces. Chief among these being Bay’s Mountain Park and Planetarium. 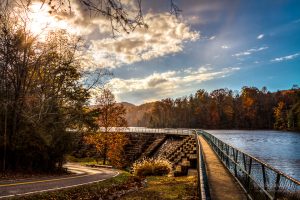 The park features a nature center and outdoor native animal displays including a bobcat, raptor center, river otters, a waterfowl aviary, wolf pen and free-roaming white-tail deer. Wolf howling sessions are held regularly, where people are allowed to howl with the wolves, spurring the wolves into howling even more. There is also a herpetarium with snakes and amphibians.

One popular activity is called the Barge Ride. This attraction features a ride through the Bays Mountain Reservoir on a pontoon boat while learning about the nature around you. The park also features a freeze-drying laboratory where animals of the region who die of natural causes are preserved for everyone to examine up close. Other activities include hiking, orienteering, mountain biking, camping, and fishing. There is also an adventure course with a zip line. 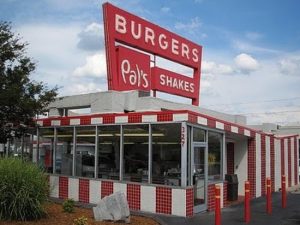 If you are looking for a one of a kind foodie experience, look no further than Pals Sudden Service.  Founded in the 1950’s by Fred “Pal” Barger, Pal’s is regarded by its industry peers as one of the best-run burger chains in a country that’s spoiled for burger options; so well-oiled a machine is Pal’s, it even managed to snag the Malcolm Baldrige National Quality Award one year—it’s an honor that typically goes to hospitals, educational institutions, even luxury hotels. It was the first time the award went to a fast food chain.

After your first Pal’s experience, you’ll get it. Essentially, this is an In ‘N’ Out Burger, just for a very different market—well-trained, eager employees, a highly-focused menu, great prices, good quality. Like In ‘N’ Out, Pal’s isn’t looking to dominate the world, but rather to just be the best burger in their chosen corner of the world, which happens to be the Tri-Cities region, a loose collection of growing communities straddling the Tennessee and Virginia line. Bristol, Johnson City, Kingsport—they’re not places most Americans have been unless they’re road-tripping down I-81 from the Northeast into the South. It makes sense, then, that Pal’s has gone all but unnoticed by the wider world, even a half-century after its story began.