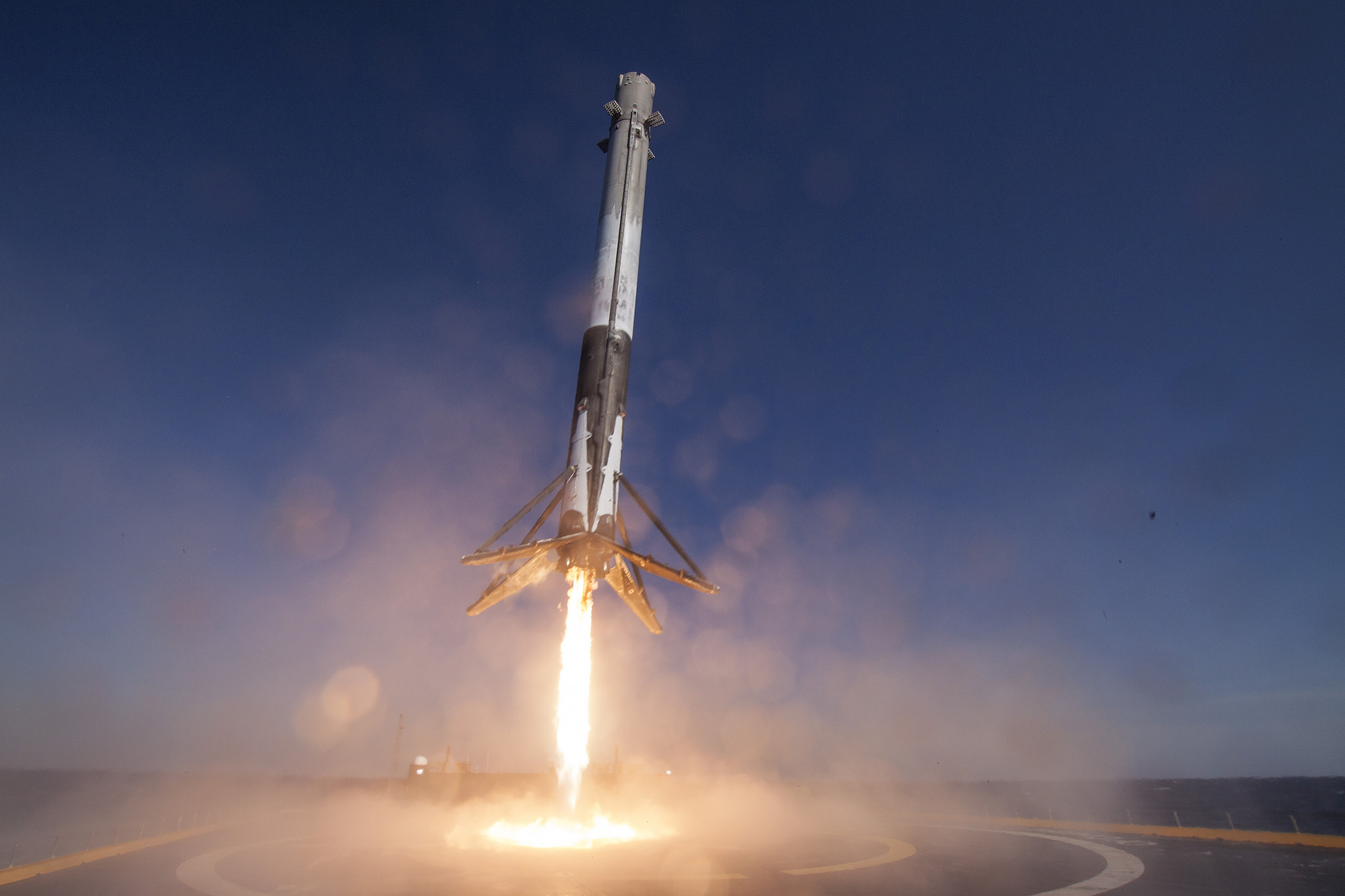 In a dramatic feat of engineering prowess, the private spaceflight company SpaceX successfully landed a reusable Falcon 9 rocket booster today — the second such landing for the company, and the first successful touchdown on a ship.

The two-stage Falcon 9 rocket blasted off at 4:43 p.m. on April 8 from Florida’s Cape Canaveral Air Force Station. It carried SpaceX’s robotic Dragon cargo spacecraft, which is now on its way to the International Space Station, carrying crew supplies, station hardware and science experiments. SpaceX streamed live video of the historic rocket landing during the launch, a feat that capped a smooth cargo launch for NASA.

After separating from Dragon a few minutes after liftoff, the Falcon 9’s first stage performed several flyback engine burns, then eventually lowered itself vertically onto a SpaceX drone ship that was stationed off the Florida coast.

This was the fifth attempt in 15 months by SpaceX to land one of its rocket boosters on a drone ship; in each of the previous four tries, the rocket reached the ship successfully, but failed to stick the landing. During today’s landing, SpaceX staff members crowded around the company’s control room, and let out a roar of applaus when the rocket booster touched down.